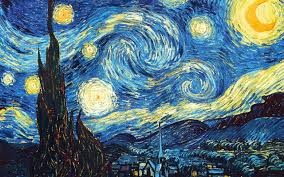 And so it is Christmas time again.

My 12 year old son still believes in Santa. I think. Or at least this is what he would like me to believe. My suspicion is that he thinks that admitting to not believing is the kiss of death in the gift department. He is no fool, he isn’t betting against the house on this one. The stakes are too high. So, we have an unspoken contract, he doesn’t say anything, I don’t say anything. Unspoken contracts are the glue of a civilized society not to mention most good relationships.

I’ve been wrapping the kids gifts in the designated “Santa” wrapping paper which also must be hidden because one year, one of them said, “Santa has the same wrapping paper we do!” The ruse is never ending. All I can say is thank God I didn’t buy into The Elf of the Shelf years ago, I told them, “That isn’t real.” There is only so much make believe I can handle before the whole thing starts to unravel and mommy does too.

As I wrap, I can’t but help feel that what I really want to give to my children is not the stuff I bought at Target, Game Stop and, in the case of my teenaged daughter’s very expensive store choices, (because teenaged daughters are nothing if not expensive) Burberry and Urban Outfitters. It is not video games and crop tops and skinny jeans, it is something more. Didn’t someone say that?  “Maybe Christmas means a little bit more.” Oh, yeah, The Grinch. The Grinch said that.

What I want to wrap up this Christmas are their gifts – not the ones I bought at the stores destined to be forgotten and in want of replacing 6 months later for a newer version or trendier cut – but rather their something special that they offer the world. The gift or two that they were given so that they have something special to offer others. So they have a bridge into other people’s lives and hearts. We are all given gifts for this purpose, to get all tangled up into each other’s lives and hearts, but sometimes it isn’t easy to recognize what they are so we think we don’t have any. That we have nothing to offer because it isn’t as obvious as Bing Crosby singing “White Christmas.”

For example, I am good hostess. I can knock out a party or a intimate dinner for two and make it look effortless. It is not, I assure you but I make it look that way because what is easy for me is to make my guests feel special and loved. Because they are. And when I plan a party or even a casual get together, I think, how can I let this person know that they are special to me? How can I make them feel comfortable? Because the key to being a good hostess is making people feel honored, welcomed, loved and celebrated. And I do it with my whole heart. That is one of my gifts. It brings me joy and satisfaction. But it took me a long time to recognize this as one of my gifts and that it is worth giving. That it is a valuable gift. That it is a bridge.

I think sometimes we get confused and believe that our gift must bring us money or fortune or fame. Sometimes those things do happen, but not usually. Consider Vincent Van Gogh. His gift was painting but he was virtually unknown until after his death when his works were discovered and became some of the most influential and praised art ever. But for most of his life, the only thing his gift did was bring him joy. Expressing himself gave him joy and satisfaction. (Ok, until he went mad and cut off his ear but still!) It was how he expressed himself. It was his gift. It was his bridge into millions of hearts. I guess the point is that even death cannot keep a gift from becoming a bridge, somehow, someday, in someway. Because connecting with each other, becoming part of each other’s hearts and lives and memories is what we we were born to do.

I also think we get confused and believe that gifts are only revealed to us when we are young. Like falling in love. But sometimes, gifts not only last a lifetime, sometimes you have to wait a lifetime to uncover them. When Grandma Moses, the American painter, started painting it was after she had to give up needlepoint because of arthritis, after her husband of 40 years had died and after the age of seventy. She was nearly 80 when her works were exhibited in the Museum of Modern Art in New York. She was able to paint and use her gift for the next 20 years until her death at age 101. Her career as a painter lasted longer than Van Goghs and it didn’t even begin until she was almost twice as old as he was when he died. So that is the thing about gifts and loves, you never know when you may discover one.

I want to wrap up my daughters’s compassion and empathy and her generosity. She is so giving, she’d offer you her water bottle first even if she was dying of thirst in the desert. Her gratefulness. She thanks me for buying groceries! But most especially, I want to wrap up her seeing. She sees you. Really sees you. Remembers details, little details about you. Do you know what it is to be truly seen by someone? It is a gift.

I want to wrap up my son’s absolute joyfulness. His humor and lightheartedness. How he makes you happy just to be around him because he makes it very clear how happy he is that you are around. How he can make you laugh when moments before you were wondering if you would ever stop crying. He lightens things and life up when it can seem so heavy. How he doesn’t have a mean or unforgiving bone in his body.  And my God! his loyalty!  Kingdoms were built on that kind of loyalty.

And then, I want to watch them run down the stairs Christmas morning unwrap these beautifully wrapped boxes with crisp, tidy corners of shimmery paper and untie huge red ribbons that look they belong on a Lexus Christmas car commercial with awe.  I want to watch their faces when they realize they were mistaken when they believed that just because they don’t have more bankable gifts – the athletic gifts, the musical gifts, the scholastic gifts – the tangible gifts that are measured by grades and concerts and championship games, that their gifts weren’t just as worthy of showing up under the tree in all their glory and beauty.

I want them to know that their gifts are just as unique and valuable and therefore, worth offering to the world because they are bridges into other peoples lives, into other people’s hearts and that is what gifts were meant to do.

I want them to know that we are born islands but we were not meant to stay islands unto ourselves. That is why we are given gifts to use as bridges to connect with others. And when we lay down our bridge, when we offer it to the world, we can walk right over it and straight into each other’s hearts.

I want them to know that some of those bridges you will discover early and will be obvious, some will take time to build and discover, some almost a lifetime but each time you lay down your bridge for another to cross over, you expand your world because bridges go both ways. They are the ways people enter your heart and they are the ways you enter others.

That is what I really want to wrap and put under the tree this Christmas.

Praying there will be peace in your hearts this Christmas and peace on Earth for us all this New Year.

2 thoughts on ““But it is a cold, lifeless business when you go to the shops to buy something, which does not represent your life and talent, but a goldsmith’s.” – Ralph Waldo Emerson”